Four young women met at Art School in Birmingham, England. One Saturday in 1985 their friend’s band needed an opening act. That afternoon they came up with three songs, rehearsed them and performed that night. They named their band  We’ve Got a Fuzzbox and We’re Gonna Use It! Because, “Every song’s got a fuzzbox on it.” In 1986 David Geffen acquired the rights to their first album and took them for a ride on the Rock-N-Roll Rollercoaster.

This slice of history was requested by my bandmate Todd Utley. He pulled this off his shelf and said, “Here, write about this.” I hadn’t thought about Fuzzbox in years. I have a vague memory of seeing them on a talk show plugging the album. (I couldn’t find anything on YouTube, but I did come across Husker Du on the Joan Rivers show….Bob looked nervous….) I remember thinking Fuzzbox were a gimmick and not trusting a major label. Todd told me to forget about it and listen with fresh ears.

First off I gotta say that I love the name. Fuzzbox is a great double entendre with a guitar nerd explanation. Perfect to get a laugh on The Merv Griffin Show or wherever I saw them. “We’ve gotta a fuzzbox and we’re gonna use it” is a pure rock and roll album title. It’s up there with “Super Fuzz Big Muff” or “KIck out the Jams.” Fuzzbox released a couple of indy singles in England on Vindaloo records. “What’s the Point?/Rules and Regulations” almost scraped into the UK Top Forty and “Love Is The Slug” was a bonafide hit. They toured The UK and Europe and released their full length on Vindaloo records as “Boostin Steve Austin.” Geffen signed them and repressed the first album as “We’ve Got a Fuzzbox and We’re Gonna Use It!” On their follow up they lost the mohicans and promoted themselves as a more traditional girl group by singing to dance tracks and emphasising Vic as the sex symbol. There are loads of slick rock videos from this period available on YouTube and even the video for “Love Is The Slug” seems to point in this direction. Fuzzbox were young when they formed in 85. Jo, Tina and Vic were 17 and Magz was a mere 21. Their origin was true D.I.Y. amateurism, but I wonder how much control they had of their image. They made one really good pop album, that’s both an inspiration and a warning. They hang somewhere between The Slits and The Spice Girls. There’s a joyous, naivety in these songs, but they eventually were chewed up and spit out by the mega marketing machine.

Title aside this album isn’t really a noise fest. There are certain leanings towards Jesus and Mary Chain Psychocandyisms, but the vocals are less buried and harmony takes precedence on most cuts. There’s quite a bit of keyboards and the fuzzboxes are used to turn the guitars into sonic backwash or else to psych out the basslines. To compare them to other bands from their day, they kind of have a Siouxie and the Banshee’s/ Cure sound. Think “Peek-A-BOO” or “Love Cats.” The album is basically all their singles filled out with a few new tracks. Most of the songs are fun upbeat rockers, but “Hollow Girl” slows down for some moodiness that hints at a deeper, more personal interior lying beneath the fun facade.Their cover of Norman Greenbaum’s “Spirit in the Sky” (originally a B-side recorded as The Vindaloo Summer Special) avoids every hook the original had in favor of a damaged piss take that sounds exactly like a bunch of art students jamming in the common room on a Friday night. Vic plays sax on a couple of tracks which lends cool tonal variety to the album and harkens back to X-Ray Spex. “Love Is The Slug” was the big hit single and the first cut on the album. It pretty much summarizes the album and the band into a nifty package. Which is exactly what a single should do. The Fuzzed out bass provides a meaty hook right away. I love the hiccups on the chorus. The drums are tribal and especially effective on the break when they take over. The piano part breaks up the song by adding yet another texture. It’s wonderful, atonal pounding. It’s like they’re beating on the keys while wearing baseball mitts. 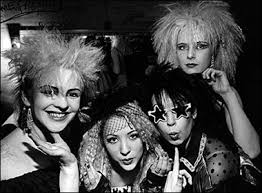 “Rules and Regulations” is their punkest number. I’d like to contrast this video with “Love is the Slug.” “Rules…” is a home movie that’s zany slapstick. They’re a girl gang having fun.This is the pre-Geffen Fuzzbox.  “Love…” has them hanging out in a club getting hit on by guys. It makes fun of them as musicians; most notably during that great drum break, in the video Tina is shown dropping her sticks. On stage Jo is in the background playing bass and Vic and Magz dance around in cocktail dresses. In the vignettes Vic and Magz compete over some dude with a mullet while Jo does a Harpo Marx bit of comic relief by pulling random objects out of her purse in the ladies room. This video treats them more as objects than artists. No one’s merely a pawn so I can’t say they were completely exploited, but Tina, Magz and Jo retired from music while Vic pursued a solo career as Vix N The Kix/ Vix & her Mschiefs.

I’ve been listening to “Love Is The Slug” on vinyl as I write, and it doesn’t really seem to have much to do with the video. Underneath the playfulness there’s a hint that sex is scary and love is losing your identity. I really can’t make heads or tales out of the lyric, but sonically it doesn’t seem to be about making out with mulleted beefcake. There’s a darkness underneath the hooks, if you must listen to it on YouTube ignore the video except to critique how media inherently treats women and the games women are forced to play. 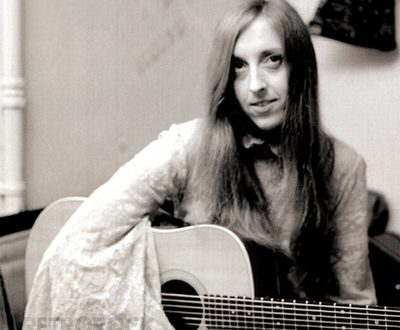