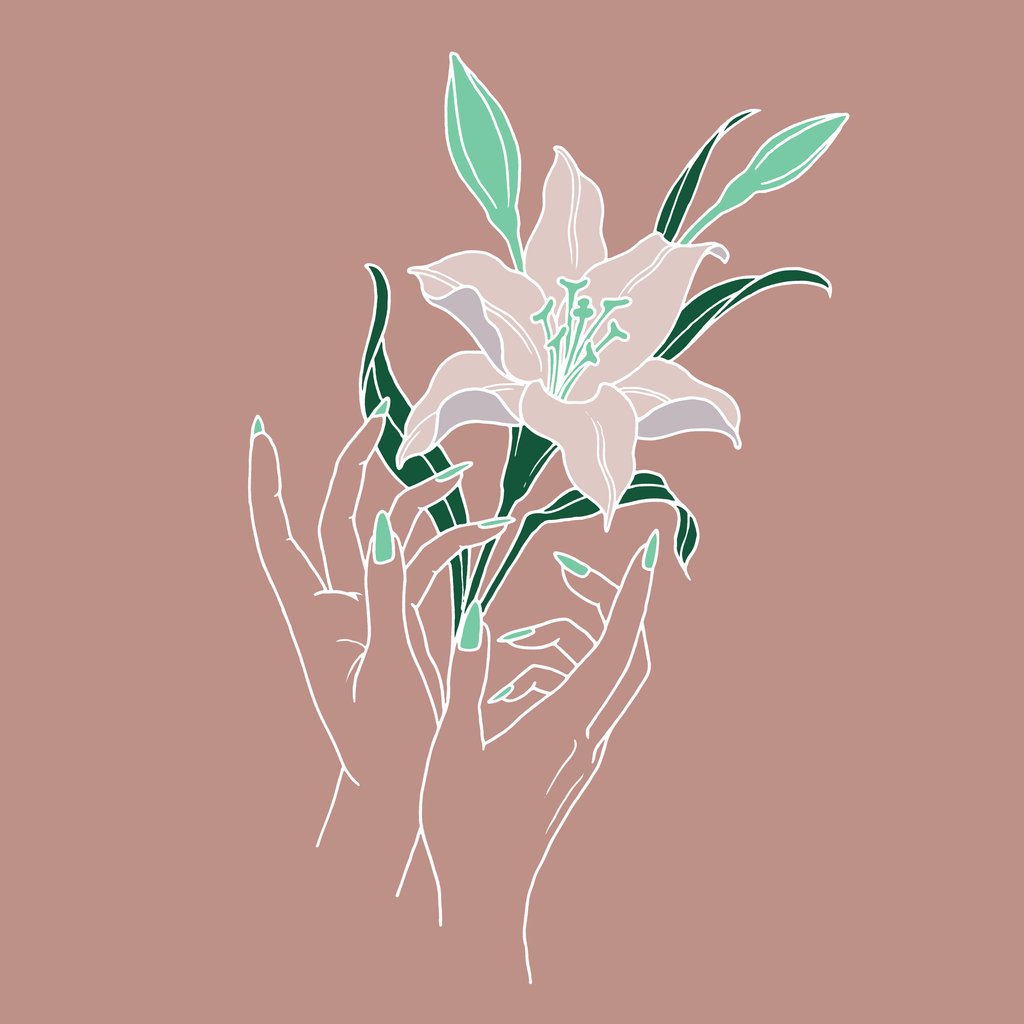 Them Are Us Too’s Bandcamp bio reads “femme 4 femme, sad 2 sad”, a description that summarizes the dreampop band’s sound perfectly. Their first Dais Records album, Remain, came out on March 24th, 2015, and the cult of TAUT formed around them. With Kennedy Ashlyn’s soaring, Kate Bush-esque vocals and Cash Askew’s reverb-drenched shoegaze guitar, they gifted endless femme energy to the indie rock world.

Their music feels like unfolding a note from a high school friend about her deepest, darkest secrets—each emotion blown to cinematic proportions, inviting the listener to feel in ways they may have forgotten how. Tragically, Cash Askew passed away in December 2016 in the Oakland Ghost Ship fire, tearing a hole in the community that revered both her untouchable musicianship and role as a rising queer icon giving a voice to us in the mainstream.

On June 29th, 2018, TAUT released Amends, a collection of demos and unfinished recordings. I spoke with Kennedy Ashlyn in between her July tour as SRSQ about bringing Amends to light.

Madge Maril: First of all, how would you describe Them Are Us Too to someone who has never heard your music?

MM: What musicians did you grow up listening to?

KA: My favorite band as a child was the B-52’s, and I grew up listening to a lot of what my mom liked as well. Cocteau Twins, Dead Can Dance, and The Sunday’s come to mind at the moment.

MM: Love the B-52’s. Did you grow up in music? Your voice is so phenomenal, it sounds like you’ve had opera training sing you were a kid.

KA: Thank you, yeah I was definitely singing pretty much since I was born and started in choir at 5 or so. I did a ton of musical theater all through school, was in show choir, took several years of voice lessons, and did a year of opera training in college.

MM: It shows! How did Them Are Us Too come to be?

KA: It started as a solo high school bedroom noise pop project, and shifted when I went to college. Cash and I started playing together two days after we met because I drunkenly asked her to join the band after my 3rd solo show having known her less than 24 hours.

MM: That’s amazing, I had no idea y’all met like that. How did you know Cash was the person you wanted to create with? And from this being a high school bedroom project to now an internationally-recognized band, what has that path been like?

KA: It was a pretty immediate connection, based mostly on our shared musical tastes. Out of the many wonderful people I met in college, Cash was the only person with whom I had any major overlap aesthetically, so it just kind of instantly made sense. I try not to think about the recognition aspect too much. The biggest difference by far is that I now have unbelievable opportunities to work with incredibly talented people, to tour, and to create on a larger scale. I still do a lot myself, but I also work with an awesome team of people to make this project happen, which is consistently humbling and mind blowing. I am always incredibly grateful to anyone willing to participate in this project, whether as a collaborator or a listener, and their participation inspires me to work harder. I have no control over whether or not anyone will like what I do, but I can control the amount of effort and heart I put into my work and it’s validating to see that pay off through audience response.

MM: How did Amends come into being?

KA: All of the songs on Amends besides the title track were written by Cash and myself before she passed away. We were slowly but surely working toward our second full length, but hadn’t yet made decisions about which songs would make the cut or fully fleshed our ideas for a title or album design. There were also songs that I had written for TAUT that Cash hadn’t yet collaborated on, two of which will appear on my debut solo record that comes out this fall (I now go by the name SRSQ). I don’t remember saying this due to the chaos of the time, but my mom remembers me telling her just days after the fire that I wanted to release proper versions of the rest of our songs, and that I wanted Cash’s step-dad Sunny Haire to step in on guitar on the recordings, which is what ended up happening. I wrote the title track which closes the record as my own goodbye to the project and to Cash.

MM: What was most difficult about the process of creating Amends? What was the most fulfilling?

KA: The entire process was incredibly emotionally taxing for everyone involved. There were many magical studio moments where Cash’s presence was intensely felt, but the weight of her absence loomed over us throughout the sessions. I felt a great weight lifted off of me once the record was completed, and I think each of us who worked on the record felt closer to Cash through bringing her ideas to life. But the entire process felt like purgatory in a very challenging way. An additional challenge for me was trying to toe the line between making my own creative decisions on the record and doing what I think Cash would want. I made this record for her, to immortalize her music, and to release her from anything that may tie her to this plane in regards to our unfinished work. Amends is very much our record and TAUT was very much our project, but try as I might to execute things the way she would want, I’m not Cash and I can’t bring to the table what she brought. Sometimes I would get lost in trying to do things as I thought she would, and that clouded my own creative voice which is as much a part of the project as her contribution. I had to learn that I can’t speak for her, but I tried to make space for her voice and I think she would be proud of the result.

MM: Is this the final Them Are Us Too release? What is next for you as an artist, as SRSQ?

KA: I need to close this chapter of my life as an artist and I am satisfied with this release as the ultimate. There are other ideas that I’m compelled to bring to life under the TAUT umbrella, but doing so without Cash feels profoundly wrong, and I personally need to maintain the closure that this release provides. In some ways, my solo project is a continuation of TAUT and I try to embody some of Cash’s creative impulses while working on SRSQ. The first full length is complete and is set to be released in October.

MM: Is there anything else you would like to say about the process, the album, Cash, anything you felt like I missed?

KA: The most special and intense part of making Amends was bringing No One to life. That song is the first one that Cash wrote the structure and lyrics for, and our intention was for her to do lead vocal. We started working on it years ago, but it had fallen off our radar for a long time. On the day of the fire, she sent me a demo of it to think on and add to, along with an email that explained in great detail how the song should sound and how we should approach it. That was the last conversation we had, only hours before she died. I worked with her girlfriend Anya to finish the song and asked her to perform lead vocal in order to stay true to Cash’s vision. Cash and Anya have very similar vocal stylings and the whole process of bringing No One to life felt weirdly pre-ordained.