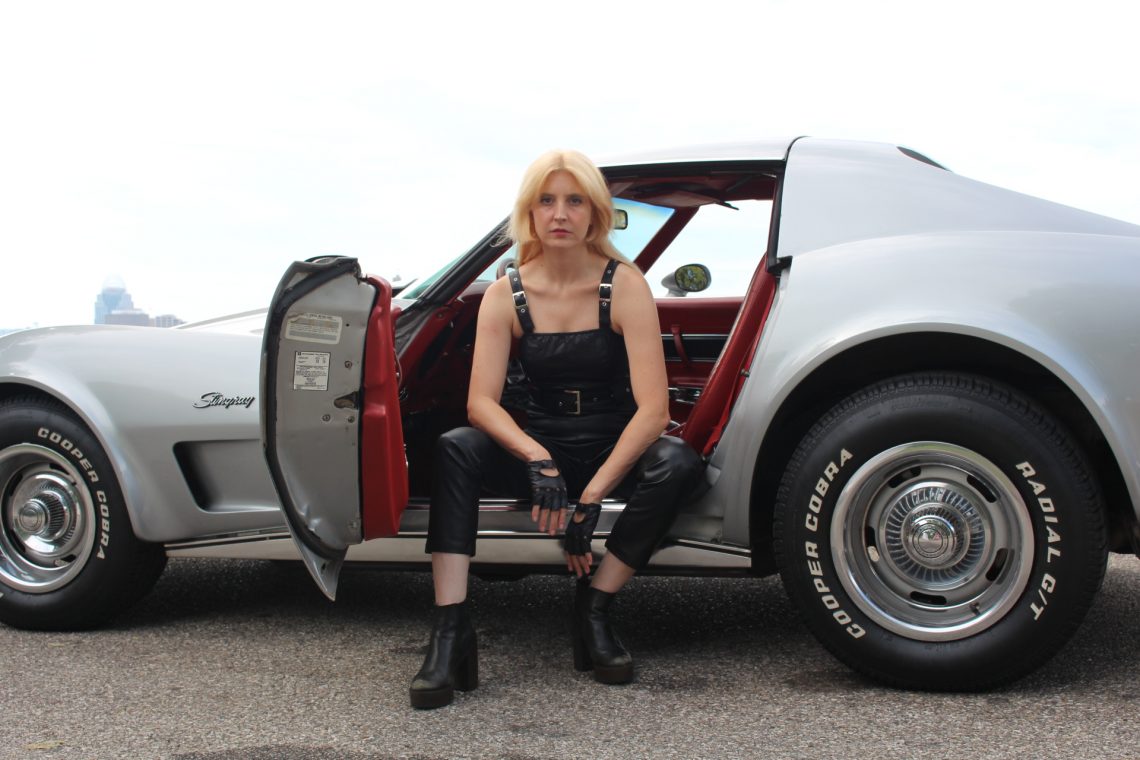 Laura Dolan and I are driving through Helltown in her vintage silver Corvette. Windows down, wind in our hair, a perfect warm September Sunday. Laura’s black vinyl jumpsuit, fingerless gloves, and blonde hair—cropped in front, long and loose in back—rival the car’s red leather interior for sheer badassery. She shifts the stick as she talks to me, puts pedal to the metal.

“I’ve always loved music that makes me want to drive fast,” she tells me, shouting a bit above the noise of the wind and the engine. “I know I have a successful song when it makes me press the gas.” Laura, the frontwoman of the Cincinnati metal band, Electric Citizen, says that short of simply loving metal, she’s always found it a fitting soundtrack to her driving. “It’s always been fast cars and heavy rock.”

Electric Citizen’s newest album, Helltown, was released September 28th on RidingEasy Records. The album is named after Northside, the Cincinnati neighborhood where the band (vocalist Laura Dolan, guitarist Ross Dolan, bassist Nick Vogelpohl, and drummer Nate Wagner) lives, works, writes the songs, and practices. Though some have forgotten the nickname, in the 19th century Helltown was known for its boisterous taverns, resident immigrants, and lunch-bucket workers. “Everything we create is made and born in Northside,” Laura says. “As an artist, it’s important to be in touch with its history and surrounded by such diversity. It’s inspirational.”

Helltown can take on other meanings as well. It can be literal (a reference to a ghost town eerily abandoned and forsaken) or futuristic, a warning of what humanity has yet to face if we don’t clean up our act.

The Northside bungalow that Laura shares with her husband and bandmate, Ross, is filled with stacks of records, tan 1970s speakers, kitsch art, a venerable little dog, and three illustrious black cats. When I visit, I see recently played records by Nina Simone, James Gang, and the Rolling Stones.

Growing up, Laura was influenced by old Motown and 60s folk. “Musicians who behave like poets are my inspiration: David Bowie, Simon and Garfunkel, Bob Dylan. And I love to listen to Maya Angelou read poetry on YouTube.” She had an advanced English teacher in high school who was one of the first people to believe in her writing talent, to give her confidence and spark as a kid, and she took more poetry classes in college. “At sixteen I used to sneak out to Buzz coffee shop in Clifton and read poems.”

If your idea of heavy metal doesn’t jive with this poetic sensibility, you have something to learn from Laura. I ask her about Electric Citizen’s songwriting process. She tells me that her husband, lead guitarist Ross Dolan, has a religious daily writing process and comes to the rest of the band with fully formed guitar riffs. Bass and drums follow, “and then I go nuts making stuff up over it.” Laura’s lyrics and melodies are improvised during practice. “I’m not really musically trained; I have more training in writing and poetry than anything else. But melody has such an important place in a song—and I can’t overthink it.”

Trained or not, Laura has a gripping, beautifully modulated singing voice and precisely composed, resplendent lyrics. And her melodies symphonize utterly with the 70s-inspired heavy rock that is characteristic of Electric Citizen’s unique sound. Laura calls it classic heavy rock and roll and rejects the “retro” label. “It’s basically proto metal except that we’re not pre-metal. And we’re not retro; we’re doing something new. We’re seeing the past through into the present, not mimicking it. It’s unique but no one’s come up with a good term for it yet. It’s just good, loud, fast, heavy rock and roll.”

“I’d love to see and encourage more girls and women to be into heavy rock,” she says. “There aren’t a lot of women doing this and I have an innate need to be different. The challenge of being a woman fronting a metal band is appealing to me. One thing that sets me apart is that I don’t sing in a pretty way. I’m loud, nasal, gravelly, same as the guys in this genre. People seem to like it.” She smiles. We do like it.

I ask Laura if there’s something about the genre that has kept women away or barred their access. “In early days it was used to objectify women. But now it’s used to empower: that’s what I love, it’s empowering, powerful, driven music.” She wants to share that drive with other women. “You have so much fear when younger to show yourself, to be yourself. I was so scared. But this is what I wanted to do, to sing and perform. If you have a drive to do something, let go of the fear and see it through. Use the fear to drive you: that feeling, that fire, is necessary! Turn it into fuel.” 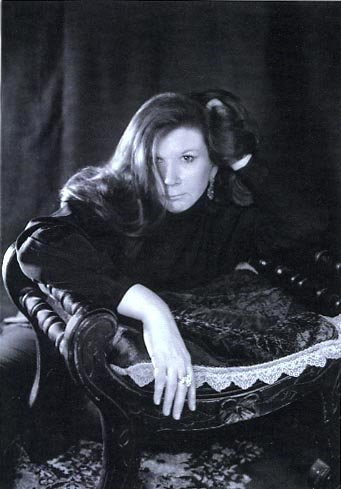