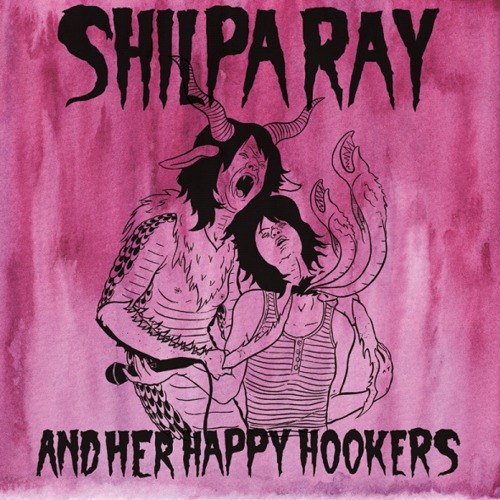 It was probably a dreary Brooklyn day for Shilpa Ray as she attended another day on the job in a boutique helping uppity customers. Yet this day was unlike the others. This was the day Nick Cave called to see if she would like to open a few dates for him on his Grinderman tour.

With the release of their second album in January, Teenage and Torture, Shilpa Ray and Her Happy Hookers have spent the last few months touring the country and leaving audiences everywhere in awe. Shilpa Ray leads the band with a sultry, soulful wail of a voice and plays the harmonium.

The album starts out with the sexy throb of a song, “Hookers.” This album is truly like none other. Not only is it an original sound but each song is equally as powerful as the previous. This is the kind of album you can listen to for months and not get sick of.

Shilpa Ray and Her Happy Hookers not only make great grungetastic music but command attention from everyone in the audience at their shows. With more power than any performer I’ve seen in a long time, Shilpa Ray sings her heart out as she pounds on her harmonium, pumping it for every bit of sound she can muster.

“Liquidation Sale” includes a driving bass line that demands you to move along to the music. “Heaven In Stereo” seems like it could be the new theme of Buffy the Vampire Slayer maybe because of the horroresque music video that goes along with the song.

If you like rock music, do yourself a favor and check out this band. This is still my favorite album of 2011.