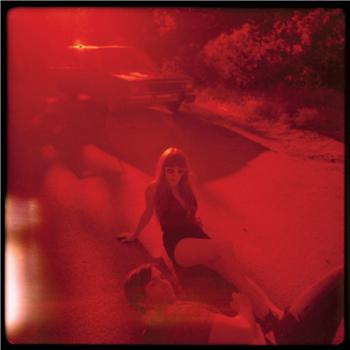 Jenny Lewis of Rilo Kiley first met Jonathan Rice in 2005 through Conor Oberst. This proved to be the start of a musical bond. They have played on each other’s recordings and Johnny toured with Jenny, playing live with her at every solo tour she’s done. They decided to start a band in 2009 and I’m Having Fun Now was created.

This album has such an Americana sound. It really captures a feeling of driving through the plains of American surrounded by farmhouses and dirt roads. The album was recorded in Omaha, Nebraska in the middle of winter but the sound of the album is warm. The strongest song on the album is “Big Wave” which is catchy but moving. The lyrics on all of their songs are very well thought out which slightly contrasts the upbeat sound of their music. “Animal” is haunting, Johnny sings while Jenny provides backing vocals. Their voices really compliment each other.

Most of the songs have a pretty consistent feel to them, which can be slightly boring.  However, “While Men Are Dreaming” definitely changes up the feel. It’s quieter and almost sounds like a lullaby. Their Americana feel can be compared to Neko Case and a retro feel that can be compared to the Like or Best Coast. I’m Having Fun now is a strong debut album but isn’t too different from what Jonathan Rice and Jenny Lewis were doing before they combined forces, just maybe a little more upbeat.