Aside from the terrible scheduling at MPMF, I was lucky enough to see Those Darlins live at the Cincinnati Club. Man… do they rock. They started their set with the always-amusing song “Be Your Bro” and kept rockin’ till the very end.

These country-twanged mamas wield their instruments like there’s no tomorrow and you can’t help but move when you’re watching them live. With the recent release of the album Screws Get Loose, they had plenty of great material to play. Of course I just about lost it when they broke into their cover of “Shakin’ All Over.” Seriously, I don’t know if they could be any cooler.

I was beyond lucky to catch Nikki, vox/guitar/bass, after the show and we got to chat for a few minutes. First of all she told me all about their limited edition 7” release which came out on September 27th. The 7” includes an extended version of their song “Screws Get Loose” and the song “Prank Call.” She also told me a music video for “Screws Get Loose” will be released soon.

Finally I asked Nikki what advice she had to offer female musicians. Her only response was, “There ain’t no difference.” So true, ladies. Men and women ARE equal in the world of rock.

If you’re from the Ohio area, Those Darlins are playing in Columbus at The Basement on October 11th. They are definitely a worthwhile show to see! 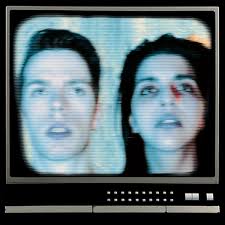