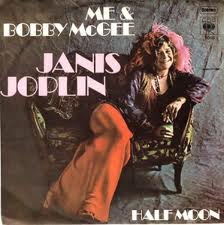 Janis Joplin, born in Port Arthur, Texas in 1943, was a legendary singer who caught the attention of the world originally in the band Big Brother and the Holding Company. Joplin went on as a solo act and became one of the most important women to ever exist in the rock world.

What you may not know: Kris Kristofferson, lover and friend of Janis’s, first sang her “Me and Bobby McGee” in the Chelsea Hotel. Janis Joplin’s version went on to be a number one hit and appeared on her famous album, Pearl. Fun fact: Patti Smith was present for this amazing experience.

The Big Mamma That Gave Birth to Elvis and Janis