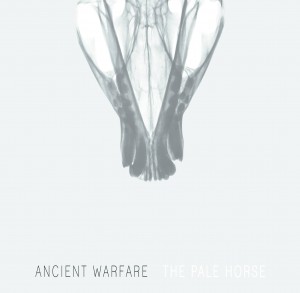 Formed in Savannah in 2009, Echo Wilcox moved to Lexington, KY in 2011 where the band gained Emily Hagihara (drums), and Rachel Yanarella (violin). Most recent addition, Derek Rhineheimer (bass), has been with the band for over a year now. Echo says that over the years, “Ancient Warfare’s sound has evolved from a simple instrumental composition to a more fully realized band.”

The development of Ancient Warfare is very apparent onstage and comes across with the release of Pale Horse. When asked about the theme of the album, the band responded, “We think there’s more of an overall mood to the album, rather than a central theme, even though ideas of life and death are brought up throughout the record. The music is calm and meditative juxtaposed to feelings of sorrow and loss.” It makes sense that they list Nick Cave as an ongoing source of inspiration.

The band is currently on tour with Hailey Wojcik (Brooklyn) and says they are excited to play Brooklyn and Athens for the first time this month. In addition, Echo says, “We’re especially looking forward to playing in Cincinnati with our album for sale. We’ve always been treated well and had an amazing time there.”

Ancient Warfare and Hailey Wojcik will be playing at MOTR Pub, Wednesday August 12th at 9pm.