The Little Slice of History below is provided courtesy of our special guest contributor, Francis Pospisil, a rocker himself with deep roots in the D.I.Y. scene and in promoting work by the women he admires.  -Roxie

The other day some of the ladies from Women In Rock were having coffee and working on the blog in our kitchen. Izzi had on a Gang of Four T-shirt and I felt compelled to ask her if she’d heard of Delta 5. She hadn’t, but luckily I own a copy of their only LP. I threw it on the turntable and it was then that they asked me to write for them.

Delta 5 (1979-81) came out of Leeds, England during the first wave of what would be called post-punk. The Leeds punk scene was centered around a close knit group of art school students. Gang of Four were the most famous of the Leeds bands. The other band was the Mekons. The three bands had all been friends at art college and they shared a practice space, equipment and a PA. Ros from the Delta 5 was originally the bass player for The Mekons. She’s on their first couple of releases, but left to finish her degree. Julz and Bethan were romantically involved with members of The Mekons and asked Ros to start a band. They supplemented the trio with a guitarist from the Mekons and the Mekons soundman on drums. They got their name from a book on the Vietnam War that was laying around the practice space. They shortened MeKong Delta and added a “5” since they we’re a five piece. After a few singles they found Alan and Kelvin who joined on guitar and bass (respectively) to make them a full committed project. This is the lineup that appears on their album. 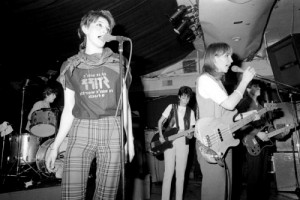 The Delta 5 are one of those genius bands that never got the recognition they were due. They play the type of snaky post apocalyptic disco that made Gang of Four so seminal. Unlike most rock bands Delta 5 downplay the role of the guitar by having two bass players. This gives them a groovier feel since rhythm is at the forefront. The guitar becomes more of an texture than a riff. The vocals are conversational while being melodic in a hypnotic way. Their voices weave tightly around a few notes. Ros, Bethan, and Julz create some great close knit harmonies that can’t be faked with a vocoder. Most of their songs seem to be more a modular drone than a chord progression. Melody lines are played on the bass and Ros and Bethan trade the funk back and forth. Another key aspect to their sound is the relative lack of distortion. I have a lot of female fronted and all female punk bands in my record collection, but so many of them scream. It’s great to hear some ladies sing! Instead of expressing anger they emote a witty sarcasm. Unlike the other Leeds bands who concentrated on Marxist dialectic as lyric, Delta 5 deal with personal issues. They mock relationships and gender roles. They discuss creepers and stalkers and the objectification of women. They’re just as arty and intellectual, but less sloganeering than so called “political bands.” Their instrumentation inverts the usual dynamic of rock bands. They thwart rock conventions in so many ways, which is why they sound fresh and timeless. They’re one of those bands who truly forged a unique sound. 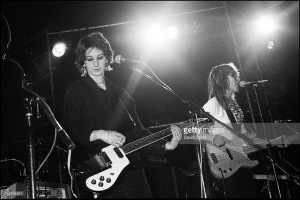 I got my copy of the album from a customer I had at the bar where I used to work. I was going to school, living off scholarships and grants, and barbacking on weekends. Times were tight and Mark this 50+ Welsh bricklayer/record collector/ punk rocker took a shining to me. He would regale me with tales of seeing Gang of Four and The Buzzcocks when he lived in London back in the halcyon punk days. One day for a tip he brought me this record which he found after a day of scrounging record bins. I had never heard of them, but when I put it on they were immediately one of my favourite bands. They’re also a nice way to transition from The Slits or X-Ray Spex to Roberta Flack or Nina Simone when you’re making a mix. I advise everyone to at least check out their performance footage and music on YouTube; if you like what you hear, check out the singles, demos, and outtakes comp. on Kill Rock Stars that came out in 96; and if you’re really lucky you might find their full length in your local record shop for a decent price. 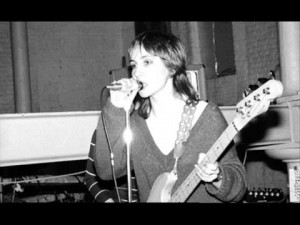 The Big Mamma That Gave Birth to Elvis and Janis