To say Cindy Wilson is a hero of mine would be an understatement. My parents took me to my first concert when I was six, The B-52s at Riverbend, and I know it shaped my love of music. I’m pretty sure that my tiny six year old body had never danced so much before. After that night, my fascination with The B-52s was heightened. I loved how glamorous and outrageous Cindy Wilson and Kate Pierson were. I got to see them again two years later and fell in love all over. The B-52s are a huge on me so needless to say, interviewing Cindy Wilson was a dream come true. Monday, September 4th, Cindy Wilson will be kicking off her first tour in Cincinnati at the Woodward Theater in support of her debut solo album, Change, out this fall.

“Can you believe that The B-52s are still going? This is the 40th anniversary of the B-52s and its nuts, we’re going to be even busier now than we’ve ever been,” said Cindy Wilson. “And, with my solo project, it’s really amazing to be doing that simultaneously.” 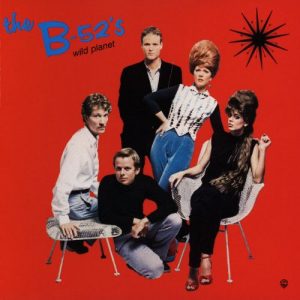 Starting back at the beginning of the B-52s, Wilson states that they “never really had a plan.” The iconic new wave band started in Athens, GA. “We played for art’s sake and for friends and to make ourselves laugh. It was just a good time. Those are some of the best reasons to do it, really. It comes from a very honest place and we’re not musician’s musicians where we had to go to school to study. We came up from more of a garage band in an arty way. We put the work in.. and we rehearsed a lot so we could perform [the songs].” Cindy Wilson has loved music since childhood and spent most of her allowance buying 45’s. “I would pretend I was singing in the living room when nobody was home and the living room was my stage… I never thought I would be in a band like this.”

Cindy Wilson has always had an iconic look in The B-52s with bold dresses and big hair. “It was the south in the 70’s, there were still hairdressers that could do the ‘do. The B-52s were taking parts of the culture and having fun with it, not making fun of it per say but just tongue and cheek. It was all a part of the look and the vibe we wanted to get and just laughing at some trashy American culture. I’m starting to wear the wig again, it’s making the power come back. I put on the wig and it’s some kind of transformation, I become Cindy from back in the 70s again.” 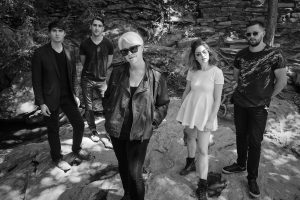 As Cindy Wilson prepares for her first solo tour she explains the beginning of the new project. “We had a year off from The B-52s and I had a friend, Ryan Monahan, whom I was playing with locally, just kind of garage band stuff but we had never gone into the studio. Ryan had a friend Suny Lyons who’s a great engineer and producer and has a cool studio in Athens so we went in for experimentation to see if we could work together and it was an astounding success. We’ve been at it for a few years, the first part was getting the sound, something that was cohesive. I told the guys I’d like to have an album that flows from the beginning to end… I’m learning so much, it’s like school for me.” The result of this is the album, Change. Cindy Wilson is joined on tour by her band, Suny Lyons, Ryan Monahan, Lemuel Hayes and Marie Davon. The band has worked hard together to develop a modern sound; a mix of electronic and psychedelia.

Change will be released on Kill Rock Stars. Keep an eye out for the brand new album and don’t miss Cindy Wilson live! 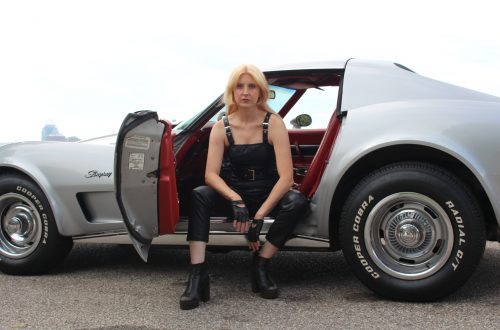