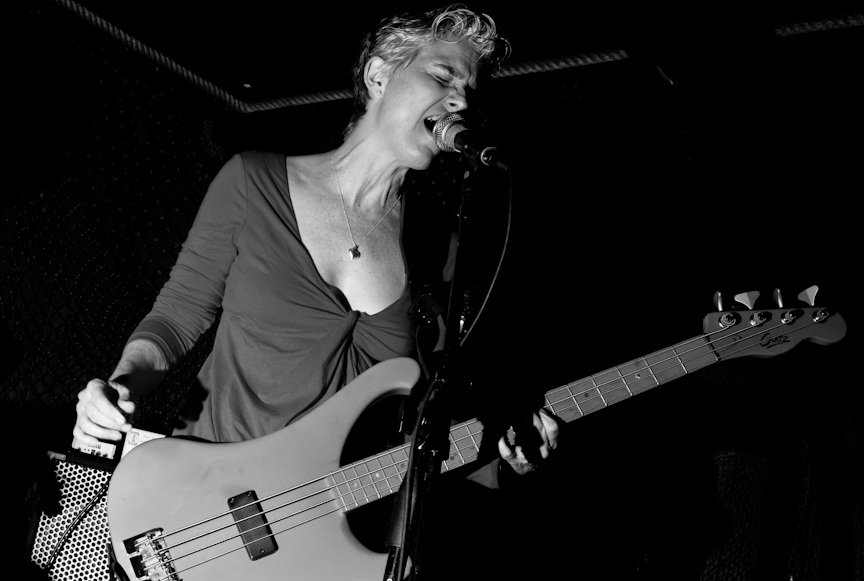 Black Flag is notorious for their hardcore aggression and masculinity. Yet, at one point in time, they had a female bassist, Kira Roessler. Kira, who still lives in California is now in the film business. She took the time to chat with me and answer questions about her music career and what she’s up to now.

Izzi Krombholz: What kind of bands were you into growing up?

Kira Roessler: Growing up in my household my dad was a classical only guy. We had a piano and I wanted to take piano lessons. So starting at 6 and my brother was 9, he and I took piano lessons. I fell behind at a certain point, I was very competitive with him and I quit. A few later, he was in a progressive rock band and they lost their bass player, and I thought that’s the ticket. Instead of competing with him, I should play with him so I borrowed a bass and started practicing like 6 to 10 hours a day to try to get good enough to join his band. Because it was a prog rock band it was pretty fancy music and by the time I had gotten good enough he had gotten out of that and gotten into punk rock. So that seemed a lot more doable.

IK: What were your first bands?

KR: [My brother and I] started our first punk rock band together. He switched to drums and I played bass and some friends of his were singing and on guitar. And when I was like 16 we had our first rock band called Waxx. Once Waxx kinda split up I stayed with that guitar player and had two other bands with him. I had an all girl band which I had a really weird experience with. I found it to be difficult to be in a band with girls. The professionalism wasn’t there. They were tired and didn’t want to practice. Guys don’t do that. There was a lot more drama associated with it. Then I had another band with my brother called Twisted Bridge. I did all of that from when I was 16 to 23 which is when I joined DC3 with Dez who used to be in Black Flag. We had a 3 piece band for a few weeks and we practiced at the same place that Black Flag did.

IK: How did you end up in Black Flag?

KR: One day Henry called me and asked “Do you want to try out for Black Flag?” And I said yeah so he told me to hang out after practice with DC3. I stayed after DC3 practice and it was weird because it seemed like Bill and Greg didn’t know this had been arranged. We jammed and right at the end of the jam they asked if I wanted to join the band and I said yes but I have to finish, I have one more year at UCLA but I can take some quarters off. So we did a little negotiating and it was all very quick but I was in the band that same night. They were my favorite band at the time.

IK: Did you enjoy being in Black Flag?

KR: Yes, it was physically extremely difficult for me. I had a lot of pain in my hands, touring– you don’t get any sleep. I liken it to training for the olympics. It’s very physically demanding and that puts big pressure on people and relationships in the band. It was not party time but I got to travel a bit, we went to Europe and I got to see the country. And playing live is an experience that can’t be matched. I wouldn’t trade it for the world. But we were sleeping on people’s floors and we got like $10 a day per diem which was not a lot.

IK: Tell me about being a female musician in an aggressive male dominated hardcore scene?

KR: I was in the punk rock scene early enough that it was really 50/50, there were a lot of women and it was a lot of pogo-ing, it wasn’t slamming. It did seem to me that what happened was the Orange County expansion brought in a little rougher crowd who interpreted pogo-ing as we have to do this slamming thing. And you had bands that were playing harder music that was maybe more male oriented. There were clubs that were rougher that did draw those crowds. But if you’re in the band it does help buffer you a little bit because you’re loading in the gear, you’re staying near the gear. You’re treated a little bit differently than just a girl showing up to the club. In that way, I didn’t like to go to certain gigs as an audience member because I felt like it was a bit difficult. There was nowhere to protect myself, you’d have to stay against the wall. You had to have awareness of the people around you.

IK: When did you leave Black Flag?

KR: I was kicked out of the band right before my last quarter of UCLA. I finished UCLA in 1986. The purpose of my schooling was to have a Plan B if I didn’t have music because making a living at music is pretty unusual. My idea was to do computers as a backup and no one was beating down my door for me to play bass with them. My dad had started the computer department at Yale University in New Haven, CT years before and he arranged for me to get a job there. I did that for a year. Before that I had been dating Mike Watt a little bit and we had been sending cassettes back and forth. We were kinda starting our two piece band called dos. I flew out to LA for a visit and we recorded our first record during that time. When I moved back to LA I moved in with him and we got married… [Down the road] after we separated and divorce we kept doing dos for awhile.

IK: Tell me about your band AwkWard.

KR: It’s more like a project, it’s a two bass project called AwkWard with a stand up bass player named Devin. When me and Devin get together to jam or write there’s no drama and we’re equal partners. It’s refreshing to take that out of the picture. I also have a virtual band where we send music back and forth and it’s the same guitarist I played with as a teenager. He’s in Cleveland and I send him bass stuff that he adds guitar to, and I have a drummer in town that will add drum parts and mix it so we build songs without ever playing in the same room.

IK: How did you get involved with dialogue editing for film?

KR: I was working in computers for 11 years and I was working in the corporate world which did not fit my personality. I liked the work but I found the environment to be stiff. One day my brother asked if I’d play bass on a student film so we went to his tiny recording space and I recorded bass. I met this guy who was on his way to creating a small sound house. At first his clients were USC film students but then he ended up running a small business doing low budget films… I took a huge cut in pay and started from the bottom to help where I could while I learned. No one wanted to do dialogue so there was this nitsche where I could start learning and gave me an opportunity to specialize in that. I have done that ever since. I have gotten better and better gigs in that industry using that specialization.

IK: Is there a favorite project you’ve worked on?

KR: I got to work on Mad Max: Fury Road and go to Sydney, Australia to work on that and the sound team won an Oscar so it was cool to be a part of that team. I worked on Game of Thrones and I really liked the show. It was really hard because TV can be very grueling. I’m very lucky, I’ve gotten to do big movies that are getting a lot of attention.

Editor’s note** Most recently Kira worked on Joker which came out in October of 2019. She said how dark and cool of a project it was to work on. 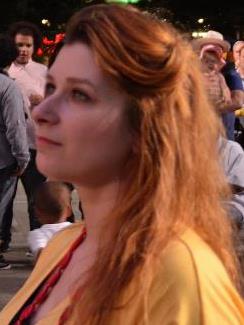 An In Depth Look At Fetch; Nicole Georges Answers Questions About Her Graphic Memoir