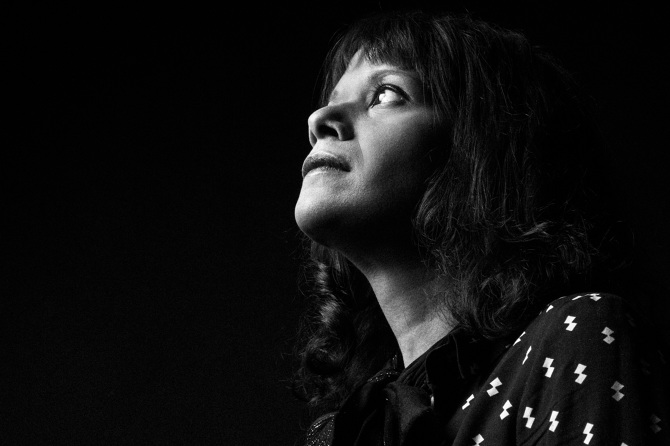 I’ve been a huge fan of Shilpa Ray since the Teenage and Torture days. I borrowed my sister’s ID so I could see her before I was of age and then I saw her every possible chance when she was in the Midwest. Although, I must be honest, I think her albums after Teenage and Torture are good but they’ve never moved me in the way that the original album did.

With the news that Shilpa Ray is playing at my favorite bar in Cincinnati (Junker’s) on Tuesday, November 7th, I decided to give her new album, Door Girl, a try. I think it’s safe to say that Shilpa Ray has found her edge again. To me the album reads like a love song to her city from a burnt out New Yorker. Lyrics like, “You broke my dreams and built a Whole Foods  on top of it, instead,” from “Add Value Add Time” make her message pretty clear. But the song that excites me the most is “EMT Police and the Fire Department.” What is more New York than Patti Smith? This song feels like Patti Smith’s “Horses” reborn. It starts out with a spoken word piece before launching into a shot of adrenaline rock song.

The whole album feels like a big nod to classic New York artists; even the artwork bears resemblance to the New York Dolls.

Don’t miss the chance to see her on her current tour. And if you’re in Cincinnati, it will be a treat to see her at the best dive bar in town.

Song of the Week: “Mind Control” by Friends