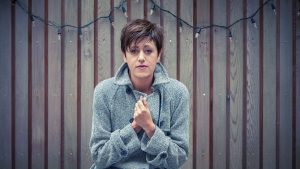 Sometimes in the life of an audiophile, serendipity slaps you in the face giving you exactly what you want and really need. Such was the case when I first heard Tracey Thorn. Roxie and I were driving in the car and flipping from station to station. The oldies station had played one to many clichés so I switched to FM. This beautiful synth pop song bubbled out of the speakers. I recently had been thinking that I listen to too much guitar driven rock and needed more synthesizers in my audio diet. Ironically, the song was “Guitar” by Tracey Thorn. She was being interviewed by Fresh Air to promote her new album, Record. I had never heard of her. I just knew she had a great voice and sharp lyrics.

“Hey boy, you taught me my first song/ The air was warm and the night was long/ While Leonard Cohen sang “Suzanne”/ We kissed and kissed, but then you ran/ The song was “Teenager in Love”/ No you couldn’t make it up/ Hey ‘that’s no way to say goodbye’/ So you didn’t even try.”

That snippet hooked me and I wanted to hear more. The song was cut off and the interview recommenced. She explained that the song was about cracking the code of the boy gang and starting up her own girl gang. Roxie’s ears pricked up. She knew all about being a female guitarist and she fronts her own girl gang called Breaking Glass. Tracey Thorn’s girl gang was called Marine Girls. They started when two best friends got together to write songs during their last term of school. They recruited other girls, but couldn’t find a drummer. They didn’t let this stop them and in true D.I.Y. spirit they recorded an album in a shed during the summer of 1981 that is a seminal influence on the K records and Kill Rock Stars stuff that I loved ten years later. I’d never heard them before but I’d like to share the theme song that closes their first album: “Marine Girls Theme.”

Tracey Thorn was also in the group Everything, but the Girl with her husband. I’d heard of them, but had never really listened to them. In the Fresh Air interview she talks about the difficulties of being in a band with your partner. Roxie and I know all about that. We play in Virginia Creepers with another couple. It was like the universe was aligning and our stories, interests and concerns were being broadcast directly to us when we were the most receptive.

A couple of weeks later serendipity slapped me in the face once again when I was at Shake It shopping for Roxie’s birthday. They didn’t have that Alabama Shakes record she wanted, but up on the wall was Record. The cover catches the eye. It’s got those specific red and blue tones that pop and make your eyeballs dance. The image is tripled thus causing even more eyeball tricks. It’s reminiscent of 3-D images (without the glasses) and Andy Warhol. The sticker exclaimed that it contained “nine feminist bangers” and had the familiar Merge logo. It was the perfect gift. It’d give us something new to listen to while reminding us on that lazy Saturday afternoon. After her birthday feast with The Creeper Gang we went back home and gave her present a listen. “It’s that woman we heard on the radio!”

Since then I’ve listened to this record over and over while thinking about what makes a great record. Genius seems to come in two forms that lie at the extremes of the creative spectrum: primal ground breaking and reflective craft. Let’s take a song like “Kick Out the Jams” by the MC5. It’s groundbreaking. They’re playing in way that is new to them and to Rock and Roll. It’s a spark that will ignite into punk. It’s definitely primal. There’s also nothing but Id happening. There’s no reflection only that captured moment. This is the exact opposite of what made Johnny Cash’s American Recordings brilliant. There you have a wise veteran stripping things away and reflecting upon all their previous work. it’s that reflection and context that makes it great. When Johnny Cash covers Nine Inch Nails he’s not talking about cutting himself as a teenager. He’s talking about marriage, career decisions and struggling with drugs and a loss of faith. In between these extremes you have a lot of music that is good, but it’s not genius.

In Tracey Thorn I’ve discovered an artist that occupies the full spectrum. Marine Girls has that spark that goes on to inspire the next wave. Record has the depth and reflection of a veteran who knows their craft. Go back and look at the lyrics to “Guitar” She tells a story, paints a picture and shows off her musicology when she weaves Leonard Cohen into the first two verses. Leonard Cohen adds to the emotional depth of the lyric. He’s sad; he’s romantic and he’s acoustic. He’s the antithesis of cock rock. The other song she name drops “Teenager in Love” is given a knowing wink when she blows off the irony by saying, “No you couldn’t make that up.” This type of song writing is all over the album.
“Babies” is my other fave cut from Record. One of the things I hate about classic rock is the use of “Baby” to refer to the female audience of male machismo. Think Robert Plant screeching “Baby” over and over again while rubbing his crotch. “Babies” subverts this by reclaiming the word to mean babies. The song also has a multilayered perspective. It’s starts by singing the praises of birth control and choice while celebrating motherhood: “Cause I didn’t want my babies/ Until I wanted babies/ and when I wanted babies/ nothing would do but babies/ Babies, babies, babies.” It’s that hook that reclaims the word from male cock rock. In the bridge she repeats the phrase “3 am.” This refers to being young and partying, breast feeding, and worrying about your daughters who are growing up and could be out partying. The entire spectrum of life is contained in that song. She makes you feel 20 and also feel 50.

One last song I’d like to mention from Record is “Face.” It’s cultural criticism with a compelling story about a narrator who creeps on an ex. “Saw your page/ Lovely new life/ Lots of likes/ Lovely new wife…Is that me or Freud talking?/ Or me or the wine?/ I shouldn’t be clicking/ On your new Valentine.” We’re connected; we’re anonymous; we are voyeuristic and depressed. All hail the new technology!

In the Fresh Air interview Tracey Thorn drops some hints about why she’s releasing her first album in eight years. The big single from the album from “Sisterhood” was inspired when she jadedly attended The Women’s March last year and saw the slogan “Fight Like a Girl.” She was inspired to write an anthem: Sister Hood Video. She also talks about how her twin daughters are now the age she was when she met her future husband and started “Everything, but the Girl” She seems to be writing this album for her daughters and a new generation of feminists. She’s bringing her knowledge of pop and feminist theory as well as a rekindled passion. I’ve discovered a new artist. It’s rare that a current record blows my mind. I delved into a nugget of Indy Rock history via Marine Girls and I have a whole bunch of Everything, but the Girl to explore. I admit they don’t grab me like Marine Girls or her new Record, but my band mate “Tender” Todd told me they got him through fatherhood and then going back to college and I trust his opinion. For now I’m going to “Fight like a (Marine) Girl” while exploring more of this songwriter’s back catalog. 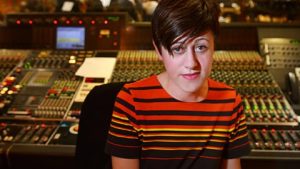 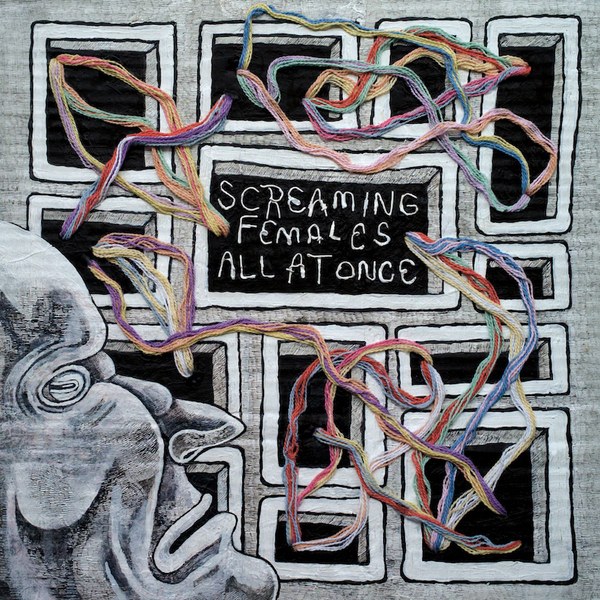 Screaming Females in Ink and Bronze