On New Years’ Eve–with the most glacial January in recent memory just around the corner–I was warmed all the way through at the Northside Tavern by Maya Banatwala, her bluesey singing voice and stunning stage presence, and the sheer rockin’ talent of her band, Heavy Hinges. Maya fronts the blues- and gospel-inspired rock band on vocals and ukulele; the other band members include Dylan Speeg on guitar and vocals, Andrew Laudeman on bass guitar, Kirk Hunter on lead guitar, and Brian Williamson on drums and percussion. I caught up with them all two weeks later, on the coldest and darkest day of the winter.

Theresa: is it too cold for rock ‘n roll?

Maya: I’m freezing! The guys wear T-shirts and I bury myself in sweaters. We don’t have heat in here! This space heater does a pretty good job…but, yeah…it gets pretty damn cold in here, but whatever!…We have work to do!

how did Heavy Hinges come together? what’s your story?

Maya: Dylan and I tended bar together and he heard me singing all the time at work and asked about my musical background. I told him I was a singer/songwriter and also played ukulele. He told me that his and Andrew’s previous project was disbanding and that they really wanted to work with a female singer. After coming to one of my solo shows, they asked if I would join them and Brian (drums) to play some music. Everything progressed very organically after that.

Dylan: Yeah, I knew we had to get her on board or else someone else would swoop in and we’d miss out.

Andrew: …and we could tell right away that she had a ton of unbridled talent, but just as importantly, she clearly had keen instincts for music…also…she was not only willing, but was actually excited to put in all the hard work. This is all stuff you either have or you don’t… and Maya does.

Maya: [laughing] Y’all are making me blush… Soooo, anyway, at about this time, several of us…sadly…had lost someone close to us… some of them in really, really horrible, awful ways… and getting this band going was a big part of how we coped with that. It still is…The dichotomy you hear in the music between dark bluesyness and celebratory jubilance was absolutely born out of that healing process.

tell me about making your most recent record, Lonely.

Maya: We had a batch of songs that we were really excited about, and we wanted to capture a live, authentic energy in the recordings. So, we pretty much went in with the goal of getting as much live performance on tape as possible.

Andrew: Well, yeah… There’s that, too. But it did make more sense to record Maya’s vocals separately. That way she could put her whole self into the performance and not have to worry about messing up the take. When Maya comes out of the vocal booth after a pass at a song, she is totally spent emotionally and is usually on the verge of tears. We tease her about it a little bit, but it’s a great thing! Those tears are our secret sauce!

Maya:  I was so excited to record these songs because I felt we had fully come into our sound. I love everything we had produced before this, but when this album came to be, I remember feeling a new sense of accomplishment and fullness.

we at Women in Rock have seen your music described in many different ways, as a fusion of soul, country-western, gospel, blues, punk rock. how do you describe your sound?

Maya: I think when it comes down to it, we see ourselves as a rock ’n roll band. We are definitely inspired by all of those genres, especially soul, and we harvest different elements of them to add layers and textures to our own songs…but it’s all projected through a rock & roll lens… I would say we are a rock, soul, blues group with strong, emotional vocals and thoughtful, vulnerable lyrics.

Maya, can you tell us about yourself? how it feels to be a woman in rock in 2019?

Maya: Singing has always been my favorite part of life. I love being on stage. I feel most at home and comfortable there. Music has always been encouraged in my family. The women in my family have always been inspirational in my development as a singer and artist. I have one sister whose operatic voice has afforded her some amazing opportunities and another who leads several Cincinnati powerhouse bands along with a mother and grandmother for whom singing is a main source of their happiness. Growing up in this environment made me want to sing out as loudly and soulfully as possible…and fronting Heavy Hinges has allowed me to do this. Working with such encouraging musicians that hold such little ego has created an environment so accepting and open…where I can just be myself, artistically. I feel so strong and able to succeed in everything… I love my guys.

Also, I love being on stage! Performing has made me feel more alive than anything else in my life, especially when we debut a new song! It’s such a rush! …and working with such a collaborative group that truly believes in what we are doing is a real joy…We just love creating this music!

please tell me about making the video “Day to Day”! I love it so much. 🙂

Dylan: We wanted to do something that was simple and fun, and got our fans involved. So, we just posted on Facebook for people to show up at our practice space with a bike and it worked out great!

Maya: It was so much fun! It rained while we were filming, but that actually worked to our advantage artistically. The music is bright and cheery, but the lyrics are not at all. It’s about having serious doubts about the relationship you are in and how that can weigh you down in everything you do. Riding bikes in the rain turned out to be a pretty good metaphor for that…you know…just going through your day to day life with this cloud hanging over you.

You can see the video on YouTube here: https://youtu.be/WItNikXAo90.

can you explain your songwriting process? where does the music come from? the lyrics?

Andrew: It’s hard to really put a finger on an actual “process,” but generally speaking, it’s really a collaborative effort. I know that sounds trite, but it really is. We all contribute ideas as we work through a song and it really helps us get the most out of an idea. We respect and listen to each other’s ideas and we are each willing to recognize when someone else’s idea might be a better idea than our own. I might hear something one way, then Dylan will be like “what if we did it like this” and I’ll be like “Oh man, that is so much better!” and I love it when that happens!

Maya: It’s a very natural process. Sometime I’ll come in with a song that needs a little help and I’ll just start playing it. The guys will gradually chime in and by the end of one or two passes, we’ve got it mostly worked out. I have always been amazed at how quickly we are able to make a song feel whole. For me, the lyrics come from a place where I may hesitate to express my true feelings and feel more comfortable doing so within the structure of a song. The lyrics are very important to me. Feeling true emotional ownership of the lyrics makes it impossible for me to sing with anything other than total honesty.

what is your goal for the future? any projects in the works?

Dylan: We love making videos! So we’ll be making one soon for the title track, “Lonely.” We are also looking to hit the road for a little bit this spring and also have plans to record a 7” vinyl  with Jimbo Mathus of Squirrel Nut Zippers in Memphis.

Andrew: Also, we have a show at Motr Pub on May 31st… and of course, we are always looking forward to writing more songs.

Maya: I can’t wait to record all of our new songs! These are the first songs we have written with our new guitarist, Kirk, and we love the direction we find ourselves heading. The songs feel so fresh and new, but also have a certain earthiness to them. I’m really looking forward to getting into the studio and laying them down.  I’m also really excited to get on the road more! 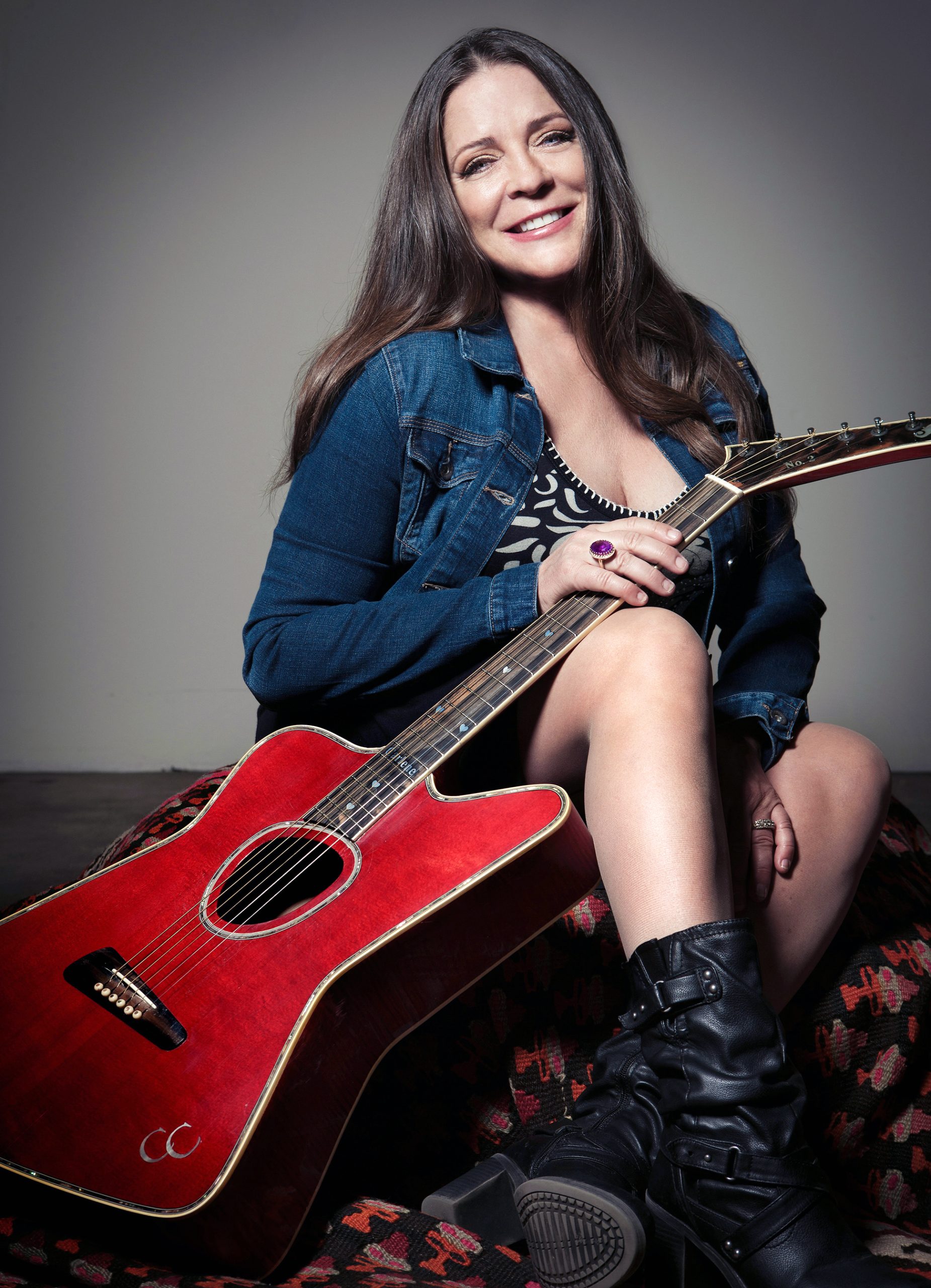