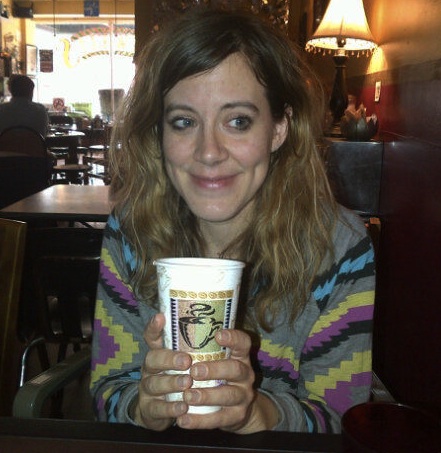 I’m a huge fan of Wussy and this week I was fortunate enough to meet with Lisa Walker, vocalist and guitarist of Wussy. We met at Sitwells in Clifton and she walked in with her extremely endearing smile, cowboy boots intact. We chatted for a few minutes about SXSW, which they just played, and about the show they’re playing this Friday at the Taft Theatre. But after a few minutes we got down to the questions, and man, did she have some answers.

IK: Where did you get your start in music?

LW: Really singing in church and in school. I had a record player in my room and a clock radio. We all got them when I was 9, me and my cousins. I loved the radio.

IK: Are you from Cincinnati?

IK: How did you end up in Cincinnati?

LW: Well I went to college in Ohio and Cincinnati and Kentucky have so much history. There’s lots of musical history and I was just drawn here. It’s very liveable.

IK: I know this is a hard question but how would you describe Wussy’s sound?

LW: It depends on who’s asking the question; there are many different ways to answer that. I guess midwestern drone, noise rock. You’ve got to be from where you are.

IK: Where’s your favorite venue to play in Cincinnati?

IK: It’s seems like you haven’t played Northside in awhile.

LW: We’ve been making a conscious effort to play only a handful of times a year in town.

IK: Wussy is a critically acclaimed band, what has kept you all in Cincinnati?

LW: Families, jobs, friends. It’s expensive to live other places and here you can live in cool old apartments. Cincinnati will always be our home base.

IK: What does being a female musicians mean to you?

LW: It’s a good time to be one. In some genres you have to be a feminist. For rock, the way has been paved. I feel luckier as a girl, it’s more fun, and it’s not as big of a deal anymore, not a novelty. As a girl you can be whoever you want to be; skinny, big, sexy, tomboy. The power comes from the music. Musically, the sky is the limit. A mix of men and women is always best. All women still looks like a shtick. That’s where we’re behind the times.

LW: All my favorite people in rock are guys. I love writers like Carly Simon and Carole King. I love Keith Richards and Pete Townshend; I wish I could write like that. I tried to have religious experiences at church but I felt it in my room with music. They’re my saints if rock n’ roll is what saved me.

IK: What was the last album you bought?

LW: Right now? White Walls. But of all time Ass Ponys, not just because Chuck’s in it.

IK: What are you most excited about on your upcoming tour?

LW: I’m really excited to go to Seattle and Portland; we have a fan base there that we haven’t yet experienced. In Austin we did an in-studio with KEXP and the DJs are hug fans, it was weird to us. I’m excited to see another part of the country.

IK: So I have to ask about your cowboy boots, where did you get them? Is there a story behind them? I recently got a pair in Nashville and it’s a big deal.

LW: I usually find them used. Chuck found these current ones at an antique mall. They’re so comfortable, they make you feel ready. My aunt recently researched our genealogy and found that we’re related to Thomas Martin Walker, an early explorer in Kentucky. I was googling him and found some of his journals. He found the Cumberland Gap. While he was traveling his boots kept breaking. They had to kill new elk along the way to make “Indian boots.” I guess the Walkers have always been into their boots.

IK: I understand that, I have Dr. Martens and I’m pretty attached. Do you have any advice for aspiring musicians?

LW: Yes, to not be afraid to keep it simple. Just find friends and do it. My favorite musical lines have always been something really simple. Listen to “Old Man” by Neil Young. If you listen for the drums you will be amazed. It doesn’t change and it’s brilliant. It’s about feeling the music, if you over complicate things you don’t feel it. Listening to Neil Young made me realize I could play. People are afraid to be simple. Anyone starting a band should watch “Ladies and Gentlemen, The Fabulous Stains.” It’s kitschy but really inspiring.

LW: “Pizza King” is my favorite song as of now. Our songs build differently every time; we never play the same thing twice. 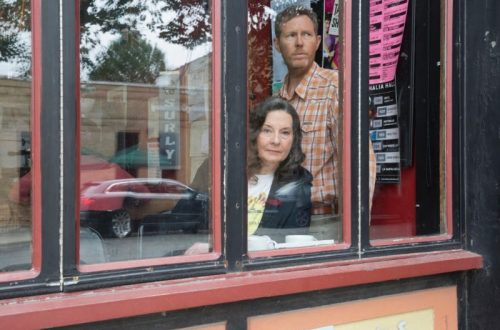 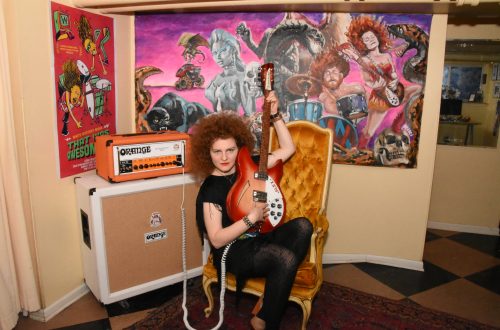 The Wisdom and Power of White Mystery; An Interview with Miss Alex White