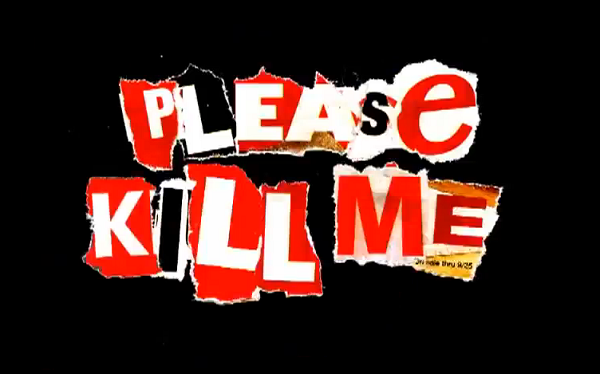 When I picked up Please Kill Me by Legs McNeil and Gillian McCain I naively thought I would be writing an article about the female musicians included in the oral documentation of punk and those who were left out. It was pretty soon that I realized the issue wasn’t who they included and who they left out but how musicians and scenesters talked about women during the time, how women were portrayed and how most of the female quotes came from groupies. This was an eye opening revelation. 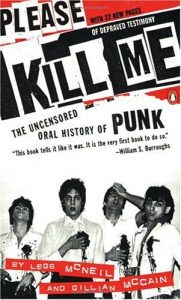 Of course Legs McNeil and Gillian McCain are not to blame. They simply captured the quotes that tell the story of punk and incidentally, sexism. The most prominently featured female musicians by far were Patti Smith, Nico and Debbie Harry. Yet, Blondie as a band is barely talked about and Patti Smith and Nico are subject to quite a bit of objectification. Please Kill Me starts out talking about the Velvet Underground. Maureen Tucker is described as androgynous and is completely free of sexism (because of the androgyny?) while Nico is described as cute and how everyone wanted a “piece of Nico.” However, Iggy Pop had some interesting things to say about her from their brief affair. “I was like hanging out with a guy except she had girl’s parts; that was the only difference, otherwise it was like hanging out with a tough-minded, egotistical, artiste kinda guy”(pg.56) said Iggy. And from reading this book, at the time, girls were not musicians and were not strong so Nico was one of the first of her kind.

While some female musicians were included, there were approximately 45 groupies/scenesters quoted throughout the book while approximately 10 female musicians were quoted. That is insane. The amount of female musicians left out of the creation of punk kills me. Bebe Buell, model, was one of the more quoted females in the book and what she wanted was to be a musician. While she now has a music career, then, she wasn’t seen as a musician, she was viewed as a girlfriend/groupie. No one encouraged these women who loved music more than anything to play music. They were the ones in the scene, creating the scene, documenting it, yet they were almost disposable to the men playing the instruments.

There’s a really great quote from Bebe Buell about Patti Smith, “Patti’s idea of feminism seemed to me to be about not being a victim- that women should make choices in full control of their faculties and make a rebel stand” (pg. 101). While men had some nice things to say about Patti it couldn’t be said without noting her “big breasts.”

The Runaways were only mentioned once and in the context of telling a story about going to a show. I know that this book mostly captured the New York scene but how could a legendary female band like the Runaways be completely left out?!

I do believe that Women in Rock have come a very long way since the 70s. While it is still not equal, at least we are way more present in the music world now. We can be in the music scene without being limited to the role of groupie. 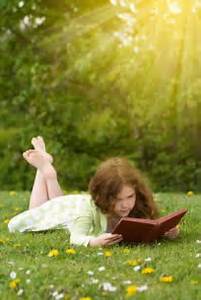