I just wrote about the extremely cool series in the works, Venus Flytrap and they need our help to make it happen! The Indiegogo fundraiser has less than 20 days left. Venus Flytrap is a feminist comedy series about a punk band, with a star studded cast. I got the chance to learn more about the creator, writer and director of Venus Flytrap, Adele Bertei. What a badass!!! Here’s what she had to say about playing music and creating the show.

Izzi Krombholz: How did you get your start playing music?

Adele Bertei: Peter Laughner of Pere Ubu heard me sing at a bar in Cleveland and asked me to be in a band with him. He changed my life. If I’d not met Peter, I don’t know that I’d ever have had the courage and vision to pursue being a rock singer, since most of the male musicians in the Cleveland scene were terribly misogynistic.  Peter was, still is a very misunderstood guy… a poet and brilliant guitar player. The first part of the music memoir I’m working on is about my rock and roll education as taught by Peter. He didn’t only introduce me to fantastic music… Peter was extremely well read, and turned me on to writers I still cherish. I was fortunate to have him, and Patti Smith, although I didn’t know her, as mentors during the mid and late 1970’s. At the time, Cleveland’s radio station WMMS broke a lot of new music acts in the country. In fact Cleveland was the first place Bowie performed in the U.S. and I was there! It was an electric moment in time. Cleveland is also considered the birthplace of rock and roll, a term born the same year, same place as I. So I guess you could say that championing rocker women is my calling, my blood demands it.

IK: As a woman from Ohio what was it like growing up in Cleveland? What drove you to New York?

AB: I’m clearly showing my age here, but when I was growing up in the ’60s and early ’70s, Cleveland was very provincial; racist, sexist, homophobic. At 17 I started hanging out at the gay clubs in Cleveland and stuck to my group of queer pals. I moved to the Plaza, which was thought of as Cleveland’s answer to the Chelsea Hotel… home to local underground artists and musicians. Several of the guys in Pere Ubu lived there. Then I visited NYC for the first time with Peter, and we were completely enamored of its music scene at the time. Patti Smith, Television, Richard Hell and the Voidoids, Talking Heads… and women playing instruments! When Peter passed away, there was nothing left for me in Cleveland so I did what he and I had planned to do together – I moved to New York in 1977, and immediately dove into the No Wave scene. Lydia Lunch was my first friend in NYC. There were just as many women playing in bands in the scene as there were guys, so I felt completely supported.

IK: Will you tell me a little bit about the different bands you’ve played in? Do you have a favorite? Are you currently playing in a band?

AB: The original Contortions were a great band, just phenomenal. James Chance had an amazing vision for the music, which was very poly-rhythmic and structured inside of its particular mania. He had specific ideas about how he wanted us all to play so we followed his edicts and then injected our own styles, which created something quite stunning. I’d never played keyboards before but he sensed my intrinsic feeling for rhythm and had me play it rhythmically, and I took it from there, a completely different approach to keyboards. I’d find out later that Sun Ra played clusters on the keyboard, which is how I was playing. Pat Place saw Lydia Lunch playing slide guitar and took it to the next level. She created a new type of guitar playing that is totally unique. When women picked up instruments and felt totally free, they made new sounds, like Lizzy Mercier from Paris, who played guitar uniquely as well, odd rhythms more similar to African music. When the Contortions performed it was absolutely crazy kinetic between the music and performance; a theater of cruelty much like Artaud wrote about in the 1930s where he predicted ‘electric’ instruments with theatrical elements. Something quite important about the Contortions was its focus on performance as spectacle and rebellion, which you don’t see a lot of today. The first female rock and soul group that ever employed great theatrics on stage was Labelle during their silver tour, which happened at around the same time Bowie and Lou Reed were doing their very gay shows for Transformer and Ziggy Stardust. They were true innovators. I guess the other band I enjoyed most was The Bloods. Being in an all-women’s band back then was futile in terms of commercial success but we knew that, yet we dared to be queer and authentic. There were plenty of women in Europe and New York who supported us, who were hungry for women’s bands. My favorite Bloods performance was at the Venus Weltklang Festival.  Held in Berlin in 1981, it was the 1st International Women’s Rock Festival and we played with the Slits, the Au Pairs, Malaria!, Liliput.  I’d have to say the Contortions and the Bloods were my two favorite bands. I still perform on occasion. Lydia Lunch and I will both be playing solo sets alongside Asia Argento at a club called le Salo in Paris, July 6th. Every now and then I feel compelled to sing live, to perform.

IK: Tell me a little about Women: Stories of Passion?

AB: I had directed a teaser for a feature film I was attempting to acquire financing for, a lesbian film and I had Angelina Jolie attached to play the lead and she wasn’t a star yet. This was in 1994 before Ellen DeGeneres came out, so I couldn’t get it made, but the woman who produced Stories of Passion loved it and hired me to direct 4 half-hour episodes for the show. My first was a period piece… I’m drawn to historical films, love the research and creating the historical mise-en-scène. Elisa Rothstein (the exec producer) then gave me all the period pieces to direct. I was thrilled. The show was soft-core erotica meant to be for and from the female gaze, and was an ambitious venture on Elisa’s part… the first meetings were so exciting… round table discussions and pitches from all women directors and writers about what we found erotic. The financers were Playboy, and of course when we got into it, they flipped the scripts and turned the stories toward a more male audience. So defeating. An exec at Showtime cut a passionate kiss between two women in my science fiction piece, which was the climax of that story! Playboy liked my work and asked me to direct a feature, so I co-wrote and directed a midsummer night’s sex comedy for them. I won’t put Playboy down… they were my film school. In those days Playboy still had a contract with SAG, and things were let’s say softer. They’ve changed substantially.

IK: When did you decide to create Zami Girl Stories?

AB: Recently! My producing partner for Venus Flytrap is from the Caribbean and we’re both fans of Audre Lorde’s book. We needed a new company name for Venus. I think Audre would be pleased. 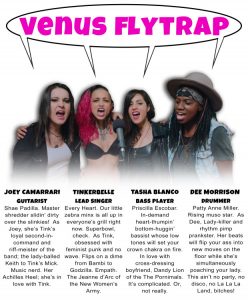 IK: How did you get the idea to create Venus Flytrap?

AB: I thought it would be hilarious to do a female parody of Spinal Tap, also a parody about rock and roll. Initially I wrote it as a feature but with the wave of great new content happening via streaming, I thought it would work very well as a scripted episodic comedy. Especially with the people we cast for the band, who are all such great personalities and musicians. With my adventures in underground music and the commercial music world to draw on, the series practically writes itself. I couldn’t believe all the series being produced about guys in rock and roll where all the women were groupies, managers, record execs or femmey singers being manipulated by male execs. Enough is enough.

IK: How did you put together such a cast of characters for VFT?

AB: I have great friends! And those who I didn’t know and thought would be perfect for the show were attracted to the project right away. This is a music show first and foremost, and we had a casting person, Carol Rosenthal help us with the band. We were extremely lucky… they all kick ass on their instruments, and Kelly Leon Guerrero is a born rock star.

IK: Do you write music for the band for the series?

AB: I co-wrote the VFT theme song and have written several songs for the band and their rivals in Season 1. I can’t write all the songs, I’d never sleep! Someone in the business told me I’d better be madly in love with this project because if it’s successful, and it will be, I’ll most likely be working 80 hour weeks for years. Truth is, I love it that much. I’m ready. Just as long as someone will kindly bring the B 12 shots!

IK: What do you hope to accomplish with the series?

AB: I would love to break the glass ceiling that exists for women in rock, in scripted series, and produce a show that will attract not only an international female and LGBTQ audience, but people of all ages who love rock and roll and who’d love to see rock return to rebellion. With humor and heart. And to showcase fantastic women musicians and artists of all ages. The show is in part, homage to all of the great women who have inspired me through the years. I’d like to inspire young women by giving them a bit of a herstory lesson, without didactics, on how challenging it was for women in music, and to pick up instruments and honor the past as well as themselves.

IK: You clearly have the passion to share the stories of women in rock… how do you think we can influence young women in the future to pick up an instrument?

AB: Music is such a fantastic expressive art, and it’s so immediate and so cheap! Here’s the message I would convey. You can buy great-sounding electric guitars these days for $100. Get off social media and start a band! Learn to play a few basic chords, plug in, turn it up to 11 and tell the world how you feel. This is the message we need to be putting out — art is not about money and success, or branding, or commercialism. It’s about wild expression, rebellion, defiance. It’s about NOT fitting in! It’s time young women get wild again, time to fight for our rights, to rebel against the tyranny we’re presently experiencing here in the U.S. You don’t have to buy a Pearl drum set… in Trinidad they make instruments out of discarded oil drums. Make instruments out of junk, paint yourselves up, dance, perform, and don’t be afraid to say what you really feel because by doing so, you’ll help support others to do the same and before you know it, you’re creating an ecstatic riot of a creative, sexy cultural revolution. We need you to shake things up! It’s time. 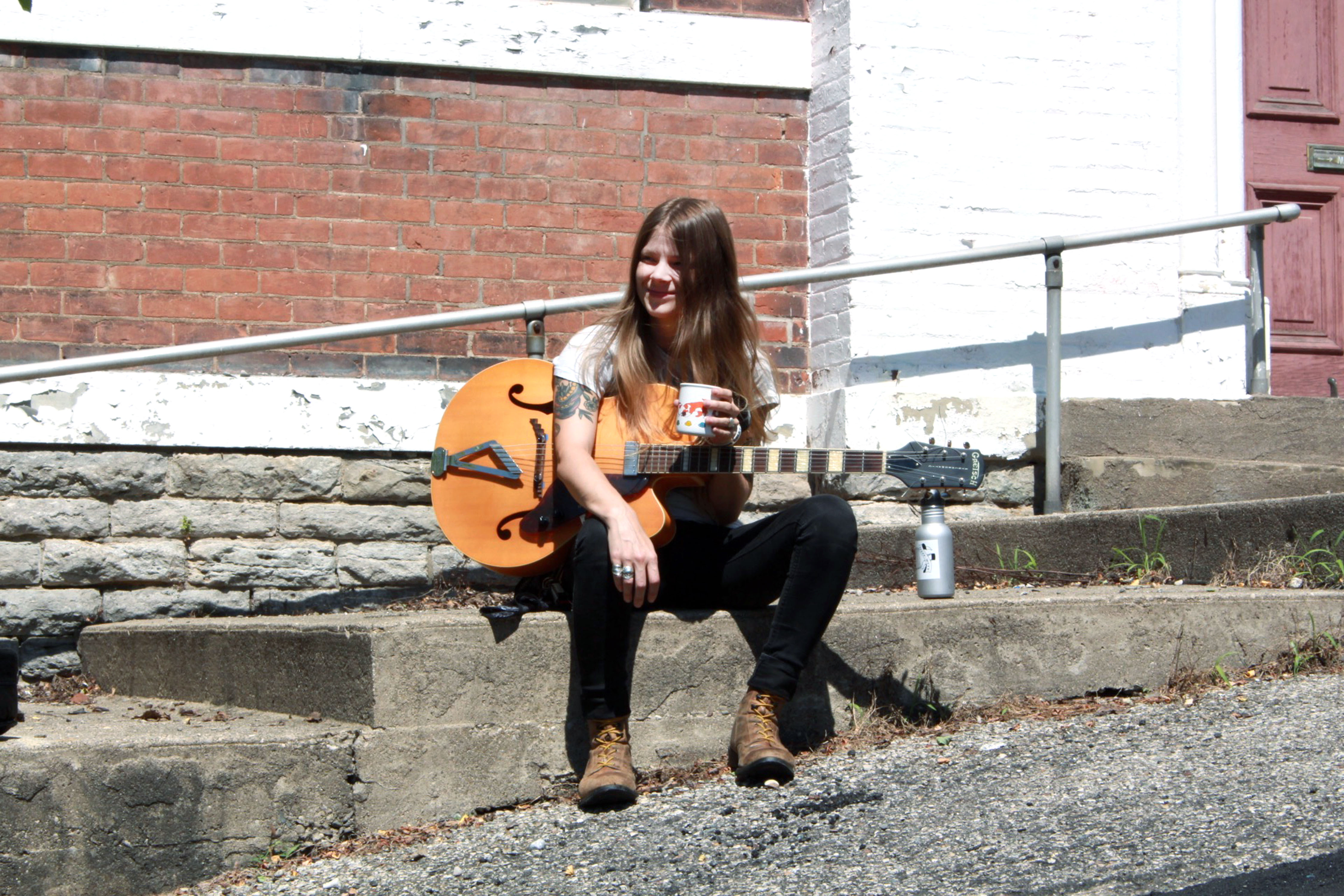 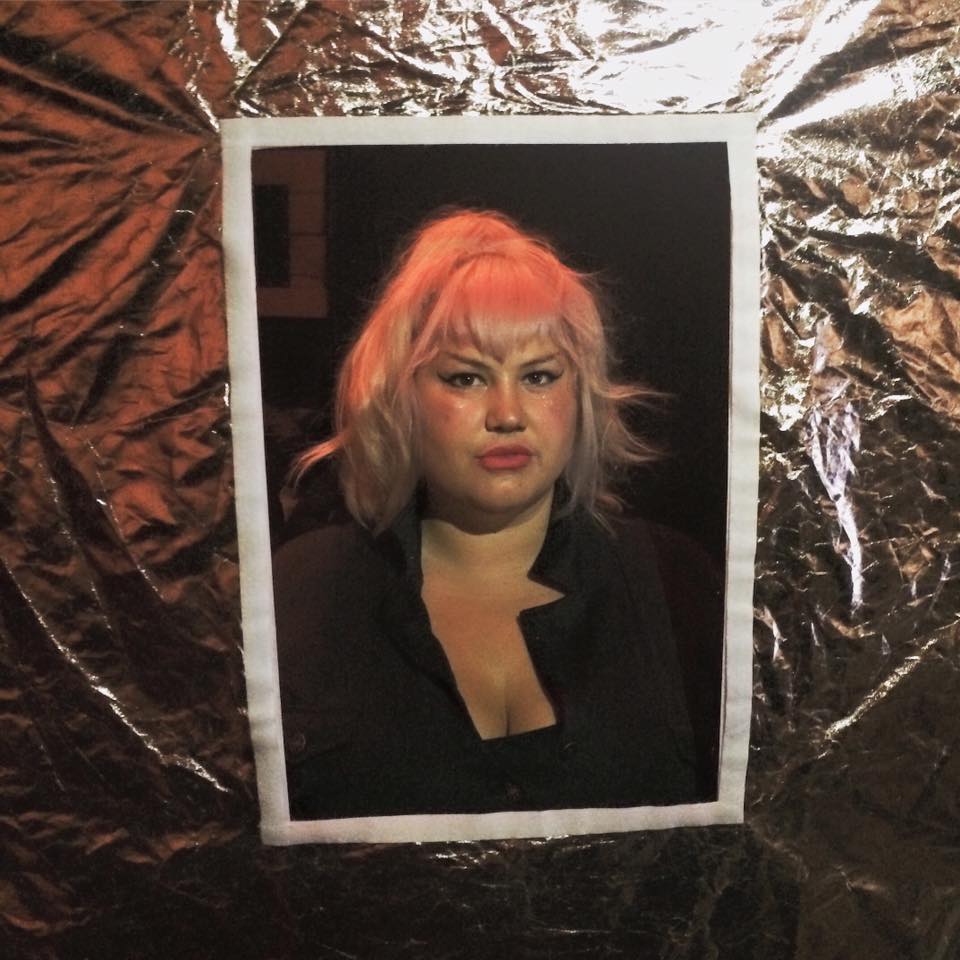