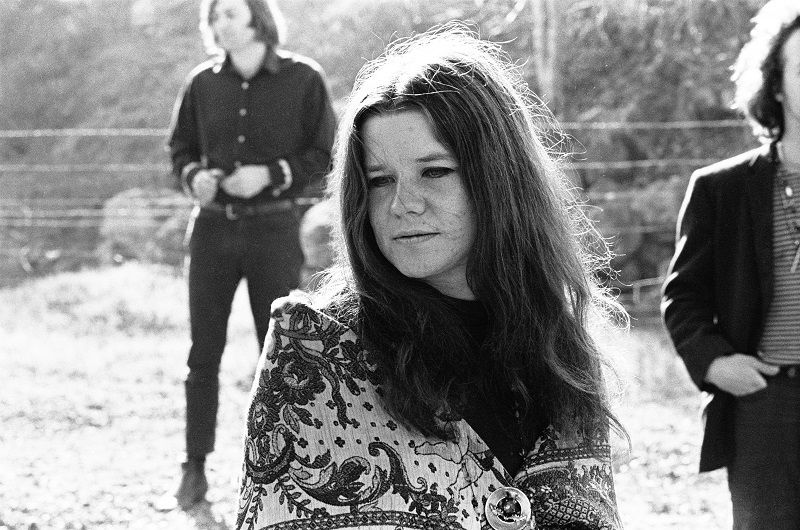 I’ve always felt an undeniable connection to Janis Joplin. I’ve been drawn to her music; her raw yet powerful vocals and beyond expressive performances. But there’s something beyond the music that I feel a connection to; a strange combination between strength and loneliness. Today, on Janis Joplin’s 47th anniversary of death, I want to take a closer look at who this woman was and why her life was so lonely.

I like to think of Janis as my soul sister and often I’ve turned to her music for strength at rough points in my life. Songs like “Down on Me” and “Women Is Losers” have put a smile on my face and given me a spring in my step to get through particularly frustrating days because I know that someone has felt it all before. But there are some other tie ins I’ve found between Janis Joplin’s strength and loneliness. About six months ago I was revisiting Valley of the Dolls by Jacqueline Susann. The book was released in 1966 and there are so many odd similarities between the characters in the book and Janis Joplin.

If you’re familiar with the story line of Valley of the Dolls, Jacqueline Susann tells the story of four women in New York City who are in the show business. These are driven and talented women who are discovering where their place as women is in the world. It’s an oddly feminist story but the bottom line is that if you are a strong woman, you end up alone. The story closely follows Anne Wells who leaves her hometown and future in New England to see what more there is to life than simply becoming a wife in a small town. After finding the love of her life and developing a successful career as a model, Anne walks away from a man that will never truly be loyal to her and chooses a solitary independent life.

Another character in the book, the old actress Helen Lawson, is the complete example of a strong woman. She is talented, outgoing and sure of herself. But behind this image, Lawson, who’s been married multiple times, is devastated that she is alone. There is a disturbing message I take away from the book, especially a message to women in the 1960s: You can have love and submit to a “normal” life and never be alone or, if you choose a life of passion doing what you truly want to do, being who you want to be, you will most likely be alone. If you’re a strong woman, odds are you will be alone.

This brings me back to Janis Joplin. While Janis had many lovers throughout her career, both male and female, she was always panicked about being alone. And in the end, she died alone. Janis was the ultimate picture of success, she played huge venues and had gigantically successful career as a musician but this was not enough. Janis was not classically beautiful and this fact made her self conscious and unsure of herself. She also turned to Southern Comfort and drugs and couldn’t get away from heroin. Janis found love when she travelled to Brazil but lost her lover because he didn’t like heroin and she couldn’t kick the habit. Heroin was always there, especially when others weren’t. The night she died, she was alone in a hotel room hoping that someone would join her but no one did. And that night, October 4th 1970, her one companion, heroin, took her life. 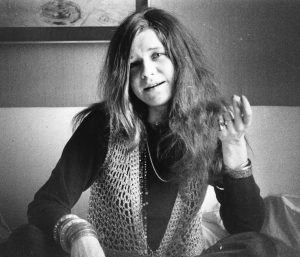 I think of the song “Cry Baby” on this day. I’m always brought to tears thinking of this wondrous and successful musician so utterly alone. Like the women in Valley of the Dolls, loneliness can be cured by popping pills or shooting heroin. It fills the void that disappointment has left.

There have been times in my life during my proudest moments and greatest success that I’ve been completely alone. Sure, there’s a crowd of people at the event or the show but afterwards I’ve gone home to an empty house. What is success if there’s no one to share it with? That can be one of the loneliest feelings in the world. But strength comes from getting through that loneliness and embracing your independence.

I know so many amazing and inspiring women in the world today. Some of them are happily married or dating but some of these women, women who are independent, talented, beautiful and charismatic are starting to picture what their futures will look like alone. There is nothing wrong with being alone, my heart just breaks because I can’t bear the thought of any of these women feeling the loneliness that Janis Joplin felt; loneliness that turns into hopelessness. I hope on this day, the anniversary of losing Janis Joplin, women can see this day as a day for sisterhood, a day to turn to your amazing friends and inspirations and validate who they are as independent women. Even if you are alone, know there is a network of women out there for you.

RIP to Janis Joplin. A sincere thank you to you, Janis, for the music and the inspiration. I hope that in the world beyond you no longer feel alone.