One of the best things about music right now are the women who are writing songs to give voices to those who feel they cannot speak up. London musician, Joanna Lero, has released a new song “Irene” in honor of her grandmother on International Women’s Day. This song will also be included on her new EP, Variations, out on March 22.

The song displays Joanna’s poetic and creative songwriting. It builds and changes capturing at times what feels to be a march. Joanna says that “Irene” is a stream of consciousness and it feels powerful as it moves through it’s course. 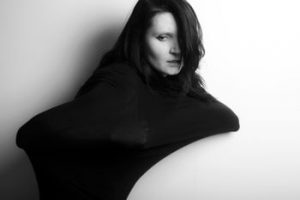 The main thing that Joanna Lero repeats through the song is “Irene won’t be here tonight,” and which paired with the video gives us the idea that in her dreams she is doing more important work, in her dreams she is a strong feminist. With the clip of a little girl sleeping, this idea gives us hope that she will grow into a life changing feminist, that she already feels the pull as a child.

The song has just a guitar and vocals, yet it is enough to give the song an edge and a slightly eerie feel. “Irene” is a very strong single and definitely worth a listen. You can watch the video for the song below.