I just returned from a four day vacation in Nashville, Tennessee and in case you were worried, the legacy of country music lives on! The place is filled with live music, many I’m happy to report, were female! While I was there I had the opportunity to visit the Country Music Hall of Fame. I met some new friends and saw beautiful items belonging to some old friends. I thought I would share with you all.

First, I met Cindy Walker, who was one of country music’s first professional female songwriters. Most notably, she wrote “Bubbles in My Beer” and “You Don’t Know Me,” the latter recorded by Ray Charles and others.

Of course I was quite excited when I came along a nice little Wanda Jackson display. They had a live performance of her performing “Hard Headed Woman” on a big screen as well as an iconic fringe dress and her personalized guitar on display. 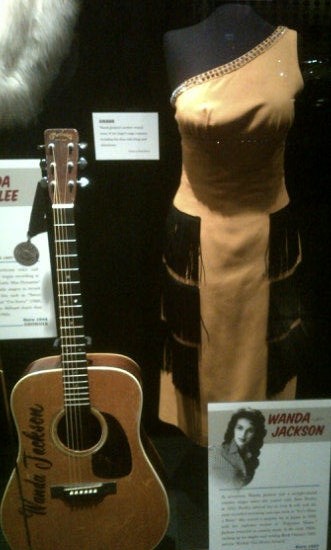 I had the privilege of being introduced to Connie Smith at the Country Music Hall of Fame and seeing her live at the Grand Ole Opry while on the trip. She performed two songs with her band which were quite enjoyable in a night filled with country music gems. I’m quite jealous of her guitar strap that sits on display at the CMHF.

Mother Maybelle Carter is obviously a legend. A guiding force in country music her family was well known, especially the Carter sisters. Her Gibson L-5 sits proudly on display in the museum. 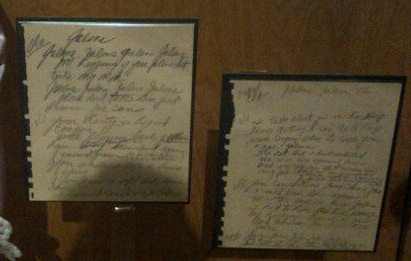 Dolly Parton, the glamour queen of country music, had a lovely dress as well as her hand written lyrics for “Jolene” shown proudly. “Jolene” has since been covered by The White Stripes, Laura Marling and many others. 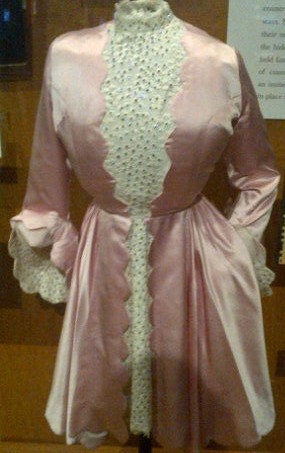 Lastly, I came across Loretta Lynn’s guitar. Loretta Lynn has been a huge female contributer to country music. In 2004, Jack White produced her most recent album Van Lear Rose. She cut her first record in 1960 and wrote her autobiography, Coal Miner’s Daughter in 1976. She is a strong believer in womens’ empowerment and has expressed that for years in her music.

Nashville is a mecca for music fans and these women have done so much for women in music, it’s great their instruments and style are honored in the Country Music Hall of Fame.