Kid Congo Powers, the ultimate legend agreed to be an honorary woman and do an interview before his show in Cincinnati at MOTR May 16, 2016.

Izzi Krombholz: How did you get your start playing music? Was it truly with the Gun Club or had you dabbled before that?

Kid Congo Powers: Not at all. I was a teenage rock n’ roll fan. I would hoodwink my sister into to taking me to shows. I always knew I wanted to be around music but I didn’t think it was a possible thing. I grew up in the 70s when rockstars were really rockstars. I didn’t think it was possible till punk rock started to happen. Going to see Blondie, Patti Smith or the Ramones made it possible. It was surprising to me, it was surprising to culture. I met Jeffrey Lee Pierce, everyone was doing it, why shouldn’t we? We said, we have good taste, we should do it. We started banging out really terrible noise and it turned into music.

IK: I read that you threw a brick through Poison Ivy and Lux’s apartment to get their attention to join the Cramps? Did that really happen?

KCP: Of course it happened. It was like throwing pebbles at a window but it was a brick. They thought I was serious [about wanting to join the band]. It had a note strapped to it.

IK: What was it like to play music with Patricia Morrison and Poison Ivy?

KCP: There was a lot of hairspray. They were incredible players- very beautiful and glamorous. They just happen to be women. The feminine element was so important. We wanted more of a magical touch and the mother goddess is needed. Patricia was already in the band [The Gun Club] when I rejoined. She is a great player. Ivy is just the queen, she is the queen of rock n’ roll. She taught me a lot of stuff about playing guitar. A great example of an original vision.

IK: What do you think about the music scene today?

KCP: There’s always great stuff. I like this band, Fat White Family. They’re very hyped but they actually deliver. They have a real visceral primal thing going on. Something like the Cramps. They’re super sexual.

KCP: I like PJ Harvey. She’s another queen. I find her very inspirational. She keeps it very simple. Minimalism is a great concept. It’s a very finely tuned puzzle. She’s primal and sexy and funny and poignant and hard-hitting and poetic. There’s a sense of danger. That’s what’s missing from a log of bands today. If there’s no sense of danger, I’m not interested. Where’s the sex? I also really like Beth from the Gossip. I like that she’s a big glamorous lady- gay, out. She’s like a little Etta James. 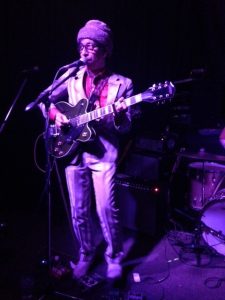 IK: When did you decide to form the Pink Monkey Birds?

KCP: I had moved to New York after the Gun Club and I was in a band called Congo Norvell with Sally Norvell. When that ended I was left with “what do I do?” I was booking this club called Tonic and there was one week around Christmas where there was nothing. So I said I guess I have to do it. There was no one else to do it. I don’t think that far ahead. I thought I guess I have to do it, so I did it then I started to like it.  There was a New York version of the Monkey Birds first. No one could tour and the record company said you have to tour. I love playing live, its the most immediate thing. A friend of mine who put out the record said, “Kid, you need a Texas rhythm section.” He said he knew some people and I played with them for five minutes and it was incredible. We’ve been together ever since. The chemistry was there.

IK: Between the Cramps, The Gun Club and the Bad Seeds, was there a favorite that you played in?

KCP: It’s hard to compare because they’re incredibly different. The Gun Club was where I started. I had a stake in the vision. Jeffrey Lee Pierce was my friend and I had a certain chemistry with him. The Cramps were an amazing wild ride. I learned a lot about having a strong vision. With all of them, they had strong visions.

IK: Do you think it helped you form the Pink Monkey Birds?

KCP: Definitely. I never knew I had a vision before. It forms itself. I’ve been writing a memoir on my childhood up until the Cramps. I see now that there always was a vision. I wanted to be involved in music, it was going to be my world, my life’s work. 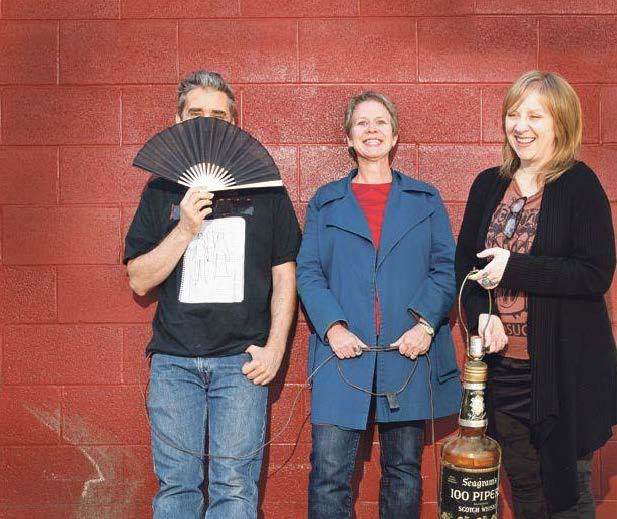